BATHYMETRY among "The best Contemporary Classical on Bandcamp" November 2022 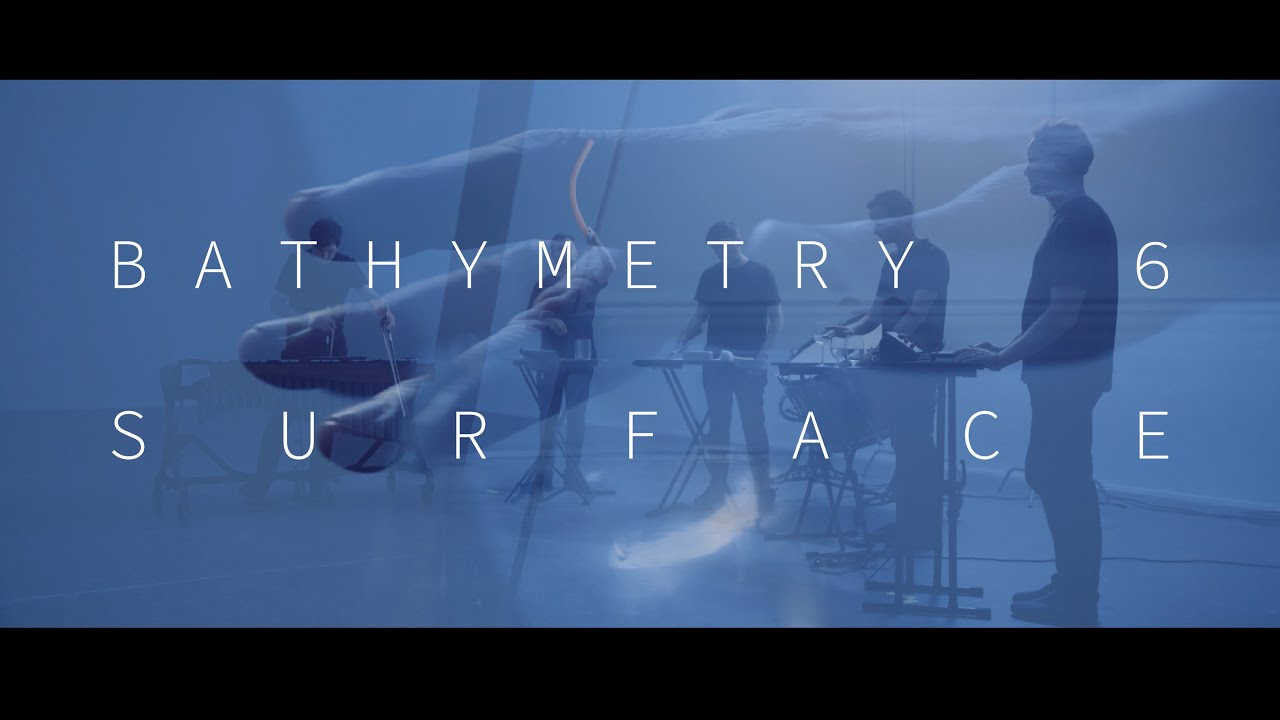 15 questions | Interview | “We're not trying to mimic somebody else’s interpretation....

Described as “exhilarating” by The New York Times, and “utterly mesmerizing” by The Guardian, GRAMMY®-nominated ensemble Sandbox Percussion has established themselves as a leading proponent of this generation of contemporary percussion chamber music. Brought together by their love of chamber music and the simple joy of playing together, Sandbox Percussion captivates audiences with performances that are both visually and aurally stunning. Through compelling collaborations with composers and performers, Jonathan Allen, Victor Caccese, Ian Rosenbaum, and Terry Sweeney seek to engage a wider audience for classical music.

In addition to the world premiere of Seven Pillars at Emerald City Music in Seattle, the 2021/2022 season includes many highlights - Sandbox Percussion will perform concertos with the Albany Symphony and UMKC Conservatory Orchestra, travel to Northern Ireland, Lithuania and many cities across the United States, perform at the Percussive Arts Society International Convention, and premiere new works by David Crowell, Molly Joyce, Loren Loiacono, Jessica Meyer, Tawnie Olson, and Tyshawn Sorey.

Sandbox Percussion has performed throughout the United States and made their United Kingdom debut in 2019 at the Vale of Glamorgan Festival in Cardiff where they premiered a work by Benjamin Wallace for percussion quartet and fairground organ. In the 2019-20 season, Sandbox Percussion premiered Don’t Look Down, a work by Christopher Cerrone with pianist Conor Hanick, at the Caramoor Center for Music and the Arts. They also presented the first-ever percussion quartet performance at Dumbarton Oaks, on a program that included world premieres by Andy Akiho and Viet Cuong. Sandbox Percussion has collaborated closely with composer John Luther Adams, presenting programs of his music at venues such as Storm King Art Center, Tippet Rise Art Center, Trinity Church Wall Street, Caramoor, and String Theory at the Hunter in Chattanooga. Sandbox has performed Viet Cuong’s concerto Re(new)al with the Albany Symphony and the Curtis Symphony Orchestra, as well as premiered a wind ensemble version of the work with the Brooklyn Wind Symphony. Sandbox has collaborated with actor and writer Paul Lazar on a portrait concert of music by John Cage at the Institute for Advanced Study at Princeton University, and gave three sold-out performances of Steve Reich’s Music for Eighteen Musicians with Emerald City Music in Seattle.

In addition to maintaining a busy concert schedule, Sandbox was appointed ensemble-in-residence and percussion faculty at the University of Missouri-Kansas City in 2021, where they have created a curriculum with entrepreneurship and chamber music at its core. Sandbox has led masterclasses and coachings all around the United States, at institutions such as the Peabody Conservatory, Curtis Institute, the Juilliard School, the University of Southern California, and Cornell University, In 2016, Sandbox Percussion founded the a annual NYU Sandbox Percussion Seminar - a week-long seminar that invites percussion students from across the globe to rehearse and perform some of today’s leading percussion chamber music repertoire at the iconic Brooklyn venue National Sawdust.

In 2020, Sandbox Percussion released their debut album And That One Too on Coviello Classics. The album features works by longtime collaborators Andy Akiho, David Crowell, Amy Beth Kirsten, and Thomas Kotcheff.