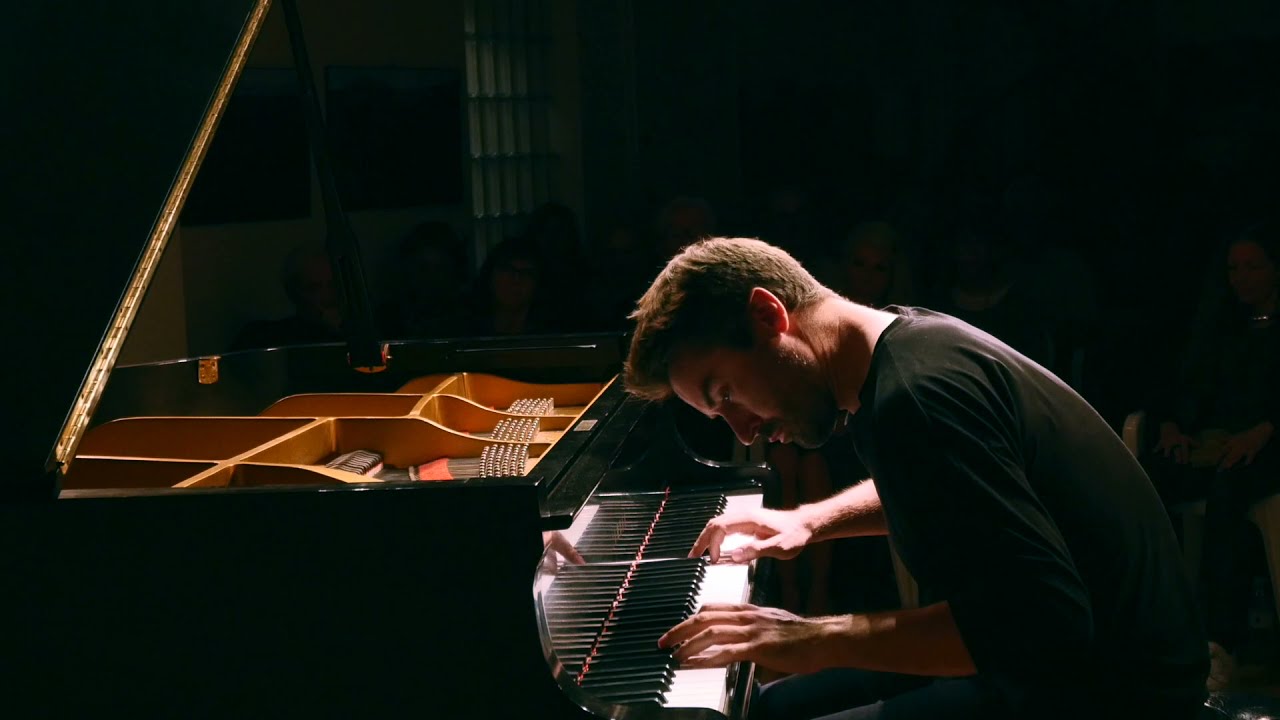 NYT Review | Bach Invented. Now a Pianist Is Trying to Match Him.

One of his generation’s extraordinary talents, Dan Tepfer has earned an international reputation as a pianist-composer of wide-ranging ambition, individuality, and drive—one “who refuses to set himself limits” (France’s Télérama). The New York City-based Tepfer, born in 1982 in Paris to American parents, has recorded and performed around the world with some of the leading lights in jazz and classical music, from Lee Konitz to Renée Fleming, and released ten albums of his own in solo, duo and trio formats.

Tepfer earned global acclaim for his 2011 release Goldberg Variations / Variations, a disc that sees him performing J.S. Bach’s masterpiece as well as improvising upon it—to “elegant, thoughtful and thrilling” effect (New York magazine). Tepfer’s newest video album, Natural Machines, stands as one of his most ingeniously forward-minded yet, finding him exploring in real time the intersection between science and art, coding and improvisation, digital algorithms and the rhythms of the heart. The New York Times has called him “a deeply rational improviser drawn to the unknown.”

During the Covid pandemic, his belief that music brings people together in times of crisis lead him to dive headstrong into live-streaming, performing close to two hundred online concerts from his home for a devoted community of listeners. As part of this effort, he pioneered ultra-low-latency audio technology enabling him to perform live through the internet with musicians in separate locations, culminating in the development of his own app, FarPlay.

Tepfer has composed for various ensembles beyond jazz. His piano quintet Solar Spiral was premiered in 2016 at Chicago’s Ravinia Festival, with Tepfer performing alongside the Avalon String Quartet. Tepfer has received commissions from the Prague Castle Guard Orchestra for two works: the suite Algorithmic Transform (2015) and a concerto for symphonic wind band and improvising piano, The View from Orohena (2010). In summer 2019, Tepfer unveiled his jazz-trio arrangement of Stravinsky’s Baroque-channeling Pulcinella.