“Like the best of today's composers, from the late Lou Harrison to Osvaldo Golijov,
Cuomo has developed a lingua franca that is international enough to allow the
speakers of different musical languages to communicate... The music occupies a
space that is not bound by geography or chronology." -- John Schaefer, WNYC 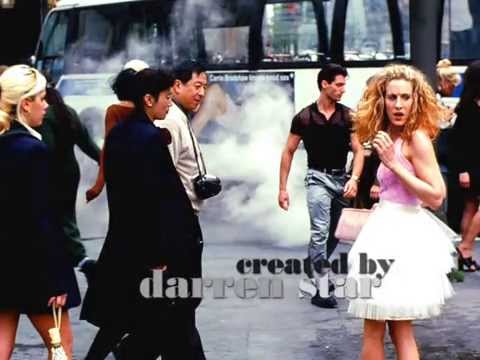 World Premiere: a raft, the sky, the wild sea

Douglas J. Cuomo has composed for the concert, operatic and theatrical stages, television, and film. His music, influenced by jazz, world music, classical, and popular sources, as well as by his spiritual practice as a Buddhist, is as personal, distinctive, and recognizable as it is wide-ranging.

Cuomo's most recent works include: a raft, the sky, the wild sea, a concerto for the saxophonist Joe Lovano, (London Philharmonic at the Royal Festival Hall conducted by Joshua Weilerstein, Fort Worth Symphony Orchestra conducted by Robert Spano); Seven Limbs, for the guitarist Nels Cline (Wilco) and the Aizuri String Quartet.

Among his upcoming commissions are major pieces for the Romero Guitar Quartet and mezzo-soprano (La Cita); cellist Jeffrey Zeigler (former of Kronos Quartet) (The Mystics: What is and What is Not); and Sandbox Percussion (The Jump Up). Other new works include The Five Objects of Desire, a concerto for electric guitar and string orchestra; A White Rose in the Blue Ground, a suite for the Balourdet String Quartet; a chamber opera adaptation of Doubt; and an adaptation of Seven Limbs for Joe Lovano and string quartet.

Past highlights include: Savage Winter, (BAM's Next Wave Festival, Pittsburgh Opera); the opera Doubt, with libretto by John Patrick Shanley (Minnesota Opera) with a cast that included Denyce Graves and Christine Brewer; and Arjuna's Dilemma, (BAM Next Wave Festival, Dallas Opera), which became the first opera performed in Nepal with twelve performances in Kathmandu in 2016; Black Diamond Express Train to Hell, a double concerto for cellist Maya Beiser and sampler, (Carnegie Hall).

Among Cuomo's other past commissioners are: the choruses Chanticleer, Seraphic Fire and Young People's Chorus of NYC; cellists Maya Beiser and Ashley Bathgate; sopranos Christine Brewer; and the Orchestra of the Swan. For television and film Cuomo composed the theme for Sex & the City and scored seven seasons of Homicide: Life on the Street, as well as over 20 feature films.

Cuomo’s work has been supported through numerous grants, and awards. Highlights include: two National Endowment of the Arts awards for Artistic Excellence, Opera America’s Opera Fund Grant; American Music Center's Composer Assistance Grant and three BMI Music Awards. Residencies have included the MacDowell Colony, the Hermitage Foundation and Blue Mountain Artist Colony. His theme for Sex and The City was chosen by TV Guide as one of the top 50 television themes of all time.

He has lectured on music, collaboration and creativity at over 20 institutions, including The Henry Mancini Institute at the Frost School of Music, New York University, Wesleyan University, the ASCAP Expo, the Rubin Museum, the Guggenheim Museums, and the Carnegie Hall Choral Institute.

Cuomo co-leads the band Turquoise Lake with the Afghan singer Humayun Khan, and has performed as a guitarist at venues including The Kennedy Center, BAM, Pittsburgh Opera, The Beacon Theatre, National Sawdust, Roulette, Birdland, the Knitting Factory and the Stone.

His compositions are published exclusively by Schott Music.